Back to events
Music Theatre, Drama 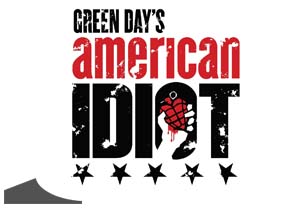 American Idiot is a coming of age story of 3 teens in a post 9/11 America. Set to the soundtrack of Green Day’s critically acclaimed concept album of the same name, and featuring other hits (including 21 Guns and Know Your Enemy). American Idiot portrays a generation of disillusionment and dissent which erupted during tumultuous events such as the Iraq War.

Beginning in small town America, Johnny, Will and Tunny express the desire to leave their home in the hopes of finding fame, fortune and something more than the small-minded mentality they’ve grown up around. The boy’s stories diverge on three paths and each learns that life is not quite what they expected. Dealing with themes of mental health, love, drug dependence, war and loss. This gritty take on the themes once provided by Green Day 15 years ago are still relevant and alive, not only in this show, but in society as a whole to this day.

Duration: Approximately 2 hours and 30 minutes including an intermission